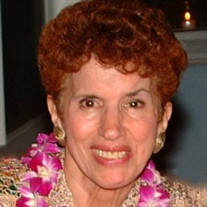 Anna Rose Sullivan, a native of Mt Morris, NY, and resident of Tampa Bay Florida since 2006, passed peacefully into the arms of our Lord and Savior on Friday, January 28, 2022. She was 85. Surrounded by her family as she left this world, she is now reunited in Heaven with family and friends. She was preceded in death by her husband John Sullivan of 51 years, https://www.dignitymemorial.com/obituaries/clearwater-fl/john-sullivan-5425875, and survived by her sons Patrick (Kelly), John Jr (Laura), Anthony (Dana) and Matthew (Nicole); grandchildren Christopher, Daniel, Kelsey, Nathan, Morgan, Jordan and Zachary; Siblings Anthony (Dorothea) DioGuardi, John (Peggy) DioGuardi, Sarah (Jim) Quirk, Julie Brennan and Sharon (Jim) Farrell. She was predeceased by brothers; Joseph, Sam, Patrick, Charles, Carmine and Richard DioGuardi, and sisters; Ida Meek, JoAnn Prew and Donna Perham. Anna leaves behind many loving nieces, nephews, and dear friends. Born March 7, 1936, Anna was the 5th eldest of 15 children. Raised in a large family during the depression, money was tight, and Anna learned from a young age the value and reward of hard work. She also learned the power of love; for while money was tight, love was abundant in their home! A voracious reader as a child (a habit she held her entire life), Anna graduated from Mt Morris Central High School in 1954. She applied to, and was accepted to Geneseo Normal College (now SUNY Geneseo), where she embarked upon her dream to be a speech therapist. God had other plans for her, however. After completing 3 semesters, Anna took a leave of absence to move to Chicago, to help care for her sister and her new niece. Just a few years after that, Anna met (at her sister JoAnn’s wedding) a handsome young man from Rochester, NY. That lucky fellow, John Sullivan, was the brother of JoAnn’s new husband. A few short years later in 1961, Anna and John were married. John and Anna settled in Rochester, and raised 4 boys. These 4 boys were the center of Anna’s universe. She was, with the possible exception of her own mother, the Greatest Mom Of All Time. Anna’s love was hardly limited to her boys. On 3 separate occasions, Anna and John opened their home to foster children. Most notably, Bobby, Emanuel (Scooter) and Benji. These three brothers lived with the Sullivans for 3 years (9 people in an 1100 sq. ft. ranch!), until their biological mother was able to take them back. In all, there were 6 foster children, and Anna loved them as if they were her own children. While Anna was a ‘stay at home’ Mom, that humble but honorable title does not do her justice. Indeed, she kept an immaculate home, was an artisan in the kitchen, and was the general keeper of everyone’s schedules. However, she also held a nighttime job with husband John for over 20 years. Amongst other part-time gigs, she ran the kitchen at our churches elementary school for several years. This included everything from planning, buying groceries, cooking and serving all the meals. Anna had an aura that was genuine and unmistakable. Difficult to describe, but everyone who knew Anna, knows exactly what we are talking about. Anna was an instant friend to everyone she met. Total strangers were routinely greeted with hugs and kisses, and virtually everyone was ‘honey.’ Anna had a genuine love of people, and had the innate and enviable quality of finding the good in every human being. Everyone she touched was a better person for it. She will be greatly missed, but we know she is with our Lord and Savior Jesus Christ. There will be a private celebration at a later date. Be sure to check out the photo gallery for memories.

Anna Rose Sullivan, a native of Mt Morris, NY, and resident of Tampa Bay Florida since 2006, passed peacefully into the arms of our Lord and Savior on Friday, January 28, 2022. She was 85. Surrounded by her family as she left this world, she... View Obituary & Service Information

The family of Anna Rose Sullivan created this Life Tributes page to make it easy to share your memories.

Anna Rose Sullivan, a native of Mt Morris, NY, and resident of...

Send flowers to the Sullivan family.