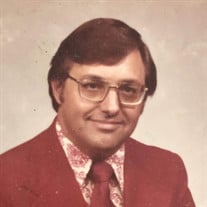 Carl Albert Johnson, 80, of Clearwater, FL, died on December 30, 2020 at 1:25pm. He is survived by his wife, Linda Marie Ketterer Johnson, to whom he was happily married for 57 years. They had two children, Eric Carl Johnson of Taylor, Nebraska and Donna Johnson Adams of Orlando, FL. He is also survived by Daughter-in-law Anita Johnson of Taylor, NE and son-in-law Matthew Adams of Orlando, FL and grandchildren, Ashley Simmers of Nebraska and Austin Robert Adams and Cameron John Adams of Orlando, FL. Johnson was born in Jersey City, New Jersey on August 7, 1940, son of Swedish immigrants Oke (John) Johnson and Agda Maria Svensson Johnson. He often spoke of his earliest childhood memories including massive snow storms in Jersey City and family trips to Yankee Lake. He also spent summer breaks from school, back in Sweden where he learned to be proficient in the Swedish language. He was proud of his heritage and incorporated Swedish customs and culture into his families’ everyday lives. Johnson’s first job was working at a movie house in Jersey City where he filled a variety of roles, sometimes having to travel into New York City to retrieve large movie film reels to be hauled back to the cinema. He also fell in love with classical music and became a self-taught aficionado with a broad range of knowledge about the art. Johnson attended William L Dickinson High School in Jersey City. Upon graduation, he earned an engineering degree from Steven’s Institute of Technology in Hoboken, NJ. Johnson’s first job was with Bendix where he worked on developing parts for the Apollo Space Rocket that landed on the moon in 1969, for which he always greatly enthusiastic. Johnson accepted a job with Honeywell in Clearwater, FL in March 1968. Johnson’s technical skills and experience saw him work for a variety of different companies over the years with a focus on mechanical/electrical engineering. Aside from his family, of whom he was immensely proud, Johnson’s other passions were his church, St. Paul’s Lutheran Church of Clearwater, FL where he served on Church Council. From a young child and through his life, Johnson had a love of trains, including model trains. Johnson also had an extensive fish collection and was a member in the SunCoast KilliFish Society. Johnson’s expertise with tropical fish was only rivaled by his knowledge of history, particularly the Second World War. Services will be private due to the COVID pandemic, although friends are invited to leave messages for his family here. In lieu of flowers, family is asking that donations be made to www.alz.org/alzheimer_s_dementia (Click Link below to DONATE) https://act.alz.org/site/Donation2?df_id=32112&32112.donation=form1&_ga=2.198090095.1398697043.1609540887-1812242519.1609540887

Carl Albert Johnson, 80, of Clearwater, FL, died on December 30, 2020 at 1:25pm. He is survived by his wife, Linda Marie Ketterer Johnson, to whom he was happily married for 57 years. They had two children, Eric Carl Johnson of Taylor, Nebraska... View Obituary & Service Information

The family of Carl A. Johnson created this Life Tributes page to make it easy to share your memories.

Send flowers to the Johnson family.