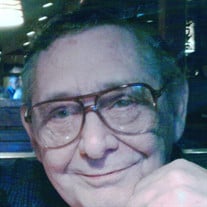 Lease, Charles J. Charles J. Lease, 76, passed away peacefully on February 22nd, 2021, in Dunedin, Florida, at home surrounded by loved ones. Charles was born on March 27th, 1944 in Cumberland, Maryland to Austin J. and Grace A. Lease. After one year of attending Kent State University, he enlisted in the United States Marine Corps in 1963. He served as a bandsman, playing the trumpet. He did one tour in The Republic of Vietnam and was honorably discharged in 1967. He continued his college education intermittently while working for Copperweld Steel in Warren, Ohio, Florida Steel in Tampa, Florida, and California Steel in Chicago, Illinois where he met his wife, Helen L. Carey. In 1979, he reached his life’s ambition when he became the Melting Superintendent of Intercoastal Steel in Chesapeake, Virginia. In 1980, he married Helen L. Carey and moved to California to continue his career in the steel industry at Judson Steel in Emeryville, California. His only daughter, Arleen Elizabeth, was born in 1985 and she became the light of his life. He finished out his career in Florida at White Mop Wringer, Hard Metal Alloys and his own business, Vectored Resources, before retiring in 2006. Preceded in death by his father, Austin J. in 1962, his brother Robert W in 1996 and his mother Grace A. in 1998. He will be lovingly remembered by his wife Helen L. of 41 years and daughter Arleen E. of Dunedin, Florida. Viewing will be held at: Moss Feaster Funeral Home 1320 Main Street (Rt. 580) Dunedin, FL. 34698 (727) 287-6749 On Thursday, February 25th, from 5 p.m. to 7 p.m. with the Memorial Service immediately following. The Military Honors Ceremony will be held the following day, Friday, February 26th, at: 12:30 PM Florida National Cemetery 6502 S.W. 102nd Avenue Bushnell, Florida 33513 (352) 793-7740,

Lease, Charles J. Charles J. Lease, 76, passed away peacefully on February 22nd, 2021, in Dunedin, Florida, at home surrounded by loved ones. Charles was born on March 27th, 1944 in Cumberland, Maryland to Austin J. and Grace A. Lease. After... View Obituary & Service Information

The family of Charles "Chuck" Jay Lease created this Life Tributes page to make it easy to share your memories.

Send flowers to the Lease family.