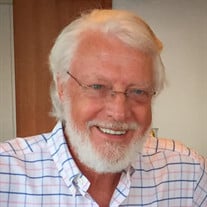 Not sure what to send?

David L. Petersen was born in Pekin, Illinois to parents Adele and Lorman Petersen on May 18, 1943 and was raised in the Midwest (Springfield, IL and Milwaukee, WI). He spent eight years in pre ministerial studies for the Lutheran Church and earned an Associate of Arts degree from Concordia Jr. College in Milwaukee, WI in 1963 and a Bachelor of Arts degree from Concordia Sr. College in Ft. Wayne, IN in 1965. He lettered in Varsity basketball and tennis and was the class president in both prep school and college. David graduated third in his class from Valparaiso University School of Law in 1968, where he earned a Juris Doctor degree, served on the Law Review as articles editor and was a member of Phi Alpha Delta legal fraternity. David joined the U.S. Air Force in 1968 with the 128th Air Refueling Group of the Wisconsin Air National Guard and graduated in 1971 from USAF Pilot Training at Laughlin AFB, Texas. He served as Staff Officer, Squadron Commander, and Command Pilot of the KC135 Mid Air Refueler, Instructor Pilot for the Boeing 707, and Command Pilot for the T38 Talon twinjet supersonic. He retired as Lieutenant Colonel in 1990 after serving his country for 22 years. Simultaneously, David was a senior partner with the law firm of Quarles & Brady from 1968 - 2010. He specialized in real estate, corporate, and banking law, with emphasis on real estate development, residential and commercial condominiums, real estate acquisitions, and general urban and commercial real estate. David was admitted to the State Bar of Wisconsin in 1968 and the State Bar of Florida in 1989. He was an author of “Condominium Law” published by the State Bar of Wisconsin and was listed in “Who’s Who in America” and “Best Lawyers in America." David previously served on the board of directors of the Adam Walsh Children’s Fund (Palm Beach, FL), the National Advisory Board of the National Center for Missing and Exploited Children (Washington, D.C.), and the Boys and Girls Club of Collier County (Naples, FL). He was a member of the Palm Beach Yacht Club, the Milwaukee Yacht Club, and most recently a member of the North Georgia Veterans (Big Canoe, GA). Throughout his life, David looked forward to spending the summers at Sugar Maple Lake, WI. Whether helping his father with projects around the cabin, playing with his children, sailing ‘Blue Bird’, putting together puzzles or sitting around the fire pit roasting marshmallows, it was always about spending time with his family. David had a passion to live life to its fullest. Throughout his life, he enjoyed riding his Harley Davidson Dyna Wide Glide, sailing in the iconic 333 mile Mackinac Yacht Race, reading novels, watching his Green Bay Packers, traveling the world, scuba diving, sculling, playing tennis, racquetball, and golf. And, of course, he was known to enjoy an occasional glass of Beefeater Gin while watching the sunset from his porch overlooking the Gulf of Mexico in Naples, FL and spending time with close friends on the deck at his cabin on Lake Petit in Big Canoe, GA. David moved to Palm Harbor in 2020 with his loving wife Robin of 14 years. He was a loving husband, father, grandfather and loyal friend. David passed away peacefully at the age of 78 at St. Marks Village Rehab in Palm Harbor, FL on Sunday, December 26, 2021. He will be missed by all who knew him. David is preceded in death by parents, Adele Nommensen Petersen and Lorman Milton Petersen; sister, Karen Petersen Johanson. Survivors include his wife, Robin O'Rourke Petersen Palm Harbor, FL; former wife, Kari Runyan Petersen Hot Springs Village, AR; sons, Stephen Petersen (Robin) Buffalo, NY and Michael Petersen (Courtenay) Truckee, CA; daughter Kristen Petersen Reno, NV; stepson, Joshua Bell (Christa) Belleview, FL; stepdaughter, Melanie Chakor (Mounir) Tampa, FL; eight grandchildren (Bridger, Ash, Finn, Piper, Caleb, Colton, Layla and Kasem); sisters, Janet Hugger Ashburn VA and Joyce Mol (Mike) Lindenhurst, IL. A gathering of friends and family is planned for Saturday January 29th at 11 am with a chapel celebration of life at 12 pm at Moss Feaster Dunedin. 1320 Main St. Dunedin, FL. 34698. The family requests in lieu of flowers please make donations to the Alzheimer's Association at https://www.alz.org/.

David L. Petersen was born in Pekin, Illinois to parents Adele and Lorman Petersen on May 18, 1943 and was raised in the Midwest (Springfield, IL and Milwaukee, WI). He spent eight years in pre ministerial studies for the Lutheran Church and... View Obituary & Service Information

The family of David L Petersen created this Life Tributes page to make it easy to share your memories.