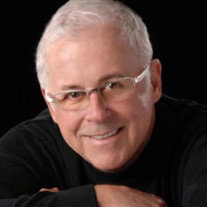 Eugene “Gene” M. Daniels,72, of Tarpon Springs, FL passed away Tuesday, April 12, 2022 at Mease Countryside Hospital in Safety Harbor, FL. Gene was born in New Bern, NC to Tate and Peggy (Shoals) Daniels who preceded him in death. Gene is survived by his husband of 27 years, Joey Christopher Robinson. He was a remarkable designer, mentor, entrepreneur, and friend. Gene was probably one of Tennessee’s most recognized contract interior designers – having practiced mainly in Knoxville and Nashville. He studied at the University of Tennessee and was active in the Clarence Brown Theatre. Gene created his own studio business, Counterpoint, in Knoxville and then became a principal in Design Collective Incorporated in Nashville. Later, Gene began a second career by creating Space Strategies, Inc and representing SMED office systems products and DIRTT Environmental Systems in primarily the Southeast and Caribbean. His clients represented a diverse portfolio including media, music, financial, manufacturing, legal, retail, healthcare and corporate. He was always willing to give his time to mentor younger designers in their careers and worked collaboratively as a team member with architects and designers all over the US. Gene also made time to assist in promoting the profession of contract interior design on both state and national levels and by serving as National President of the Institute of Business Designers (IBD) from 1983-1986. He served on the IBD National Board for many years, was named a Fellow of IIDA and was a spokesman at national conferences across the country. Gene had a passion for cooking, food , travel and mini-schnauzers. He and Chris spent wonderful vacations in the Mediterranean, Caribbean and Mexico. His flair for entertaining – as shown by his orchestration of the IBD “Midnight Affair” for several years in Chicago – was creative and a delight. His sense of humor was loved by all. A site has been set up to share any personal memories you may have at: https://www.mossfeaster.com/obituaries/Eugene-Daniels-2/#!/Obituary In lieu of flowers, donations may be made to : https://donate.rescueme.org/schnauzer . We have lost a magical, sincere, loving friend.

The family of Eugene M. Daniels created this Life Tributes page to make it easy to share your memories.

Send flowers to the Daniels family.