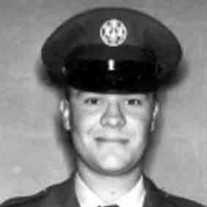 Gary Edward Cooke, 80, of Largo, Florida passed away Friday, February 11, 2022 at Morton Plant Hospital, Clearwater, Florida. Gary was born September 11, 1941 to Claude and Inez (Prezioso) Cooke, who preceded him in death, as did his brother Donald. Gary lived his early years in East Boston and Medford Massachusetts before the family settled in Winchester, Massachusetts. Gary attended Winchester High School and Northeastern University. Gary began his career with service in the Air Force. He was stationed in Kansas, where he married the love of his life, Pauline May Nixon, on April 23, 1960. They truly were childhood sweethearts, having met at the ages of 12 and 13. They welcomed their sons Gary Jr. and Robert while stationed in Kansas, and their third son Thomas in Massachusetts, after Gary’s service in the Air Force was complete. He and Pauline settled in Winchester, Massachusetts to raise their family. Gary’s career focus was on Mechanical and Electrical Engineering. Among his many accomplishments, he, along with brothers Thomas and Richard, founded GTD Manufacturing (Tom, Dick, and Gary), a precision tooling company located in Burlington, Massachusetts. He traveled the world during his career and retired from Bose Corporation in 2002. After retirement, Gary and his wife settled in Largo, Florida, joining brother Donald and sister-in-law Eleanor. He made frequent visits back to Massachusetts and elsewhere to connect with family and friends. One of his most cherished trips was a visit to Italy to visit cousins and explore his proud Italian heritage. Gary was a brilliant man. So brilliant, in fact, that during his entrance exams for The Air Force they could not measure his IQ. He had varied interests including golf, bowling, hunting and guns, boating, and bike riding. He excelled at them all. He loved music and amassed an extensive collection of varied genres. Gary loved to socialize and was always there for family and friends. He could frequently be found helping them fix their computers or helping them with their home repairs. He was an extraordinary cook – tweaking and adjusting to make his recipes just so. He loved to have family and friends over for dinner parties. His pizza parties, including his deep-dish Za-Za pizza, are legendary. He loved his family. He did extensive genealogy tracing and sought to connect with distant family members. Gary shared and ensured his family had his wealth of research. Gary was a steadfast man who leaves behind a legacy of love and caring, excellence, and beautiful memories of The Tijuana Brass playing on the stereo. Gary is survived by his wife of 62 years, Pauline; three sons, Gary Jr., Robert, and Thomas (Heidi); two brothers, Richard (Joan) and Thomas (Diane); a sister, Carolynn McLaughlin (Ward); a sister-in-law, Eleanor; four grandchildren, Dylan, Hunter, Kayla Lundbohm, and Craig; a great -grandchild, Luke Lundbohm; and nieces and nephews. Private family services will be held. In lieu of flowers, donations may be made to the Alzheimer’s Association, https://www.alz.org/

Gary Edward Cooke, 80, of Largo, Florida passed away Friday, February 11, 2022 at Morton Plant Hospital, Clearwater, Florida. Gary was born September 11, 1941 to Claude and Inez (Prezioso) Cooke, who preceded him in death, as did his brother... View Obituary & Service Information

The family of Gary E. Cooke created this Life Tributes page to make it easy to share your memories.