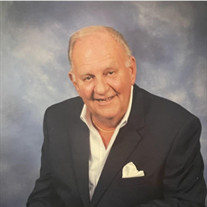 Trautner, Gerald “Jerry” Bernard 77, of Palm Harbor, passed away peacefully on January 5, 2022, under the loving care of his family and hospice. He is survived by his wife of 32 years, Nancy; children, Jeffrey Trautner, Jennifer Vermillion (Christopher), James Trautner (Rebecca); stepchildren, Roland Chacon (MaryEllen), Lisa Kirby (Jeffery); grandchildren, Michael, A.J., Angelica, Tyler, Jace, Jaylie, Bricen, and Caden; great-grandchild, Jensen; sister, Marilyn Hornbeck; and several nieces and nephews. He was preceded in death by his son-in-law, Christopher Vermillion. Jerry was born in Cincinnati, Ohio on March 4, 1944, to Bernard Joseph and Catherine Louise Trautner. Jerry graduated from Roger Bacon Catholic High School in St. Bernard, Ohio. After which he enlisted in the U.S. Air Force for four years. He eventually landed in Pinellas County, Florida where he spent the remainder of his years working and living his best life. Jerry was the owner of gas stations in Dunedin and when he decided to retire the wrench, he transitioned into the carpet business. He sold flooring to many businesses and residents of Pinellas County. Jerry loved his church, Our Lady of Lourdes, his family, and his friends to the fullest. When he was not occupied with them, he loved to watch NASCAR racing and playing golf with his good friends, Bobby, Mark, and Joe. Jerry’s greatest pride and joy were his grandchildren. He loved watching them play the sports they loved and cheering them on from the sidelines. Jerry’s sense of humor and smile brightened many people’s lives. Friends and family may visit Friday, January 14, 2022, from 4 PM – 7 PM at Moss Feaster Funeral Home in Dunedin. A funeral mass will be held at Our Lady of Lourdes Catholic Church in Dunedin on Saturday, January 15, 2022, at 10:30 AM. Interment will be immediately following the mass at Calvary Catholic Cemetery. In lieu of flowers, donations may be made to Suncoast Hospice Foundation, 5771 Roosevelt Blvd, Clearwater, Florida 33760

Trautner, Gerald &#8220;Jerry&#8221; Bernard 77, of Palm Harbor, passed away peacefully on January 5, 2022, under the loving care of his family and hospice. He is survived by his wife of 32 years, Nancy; children, Jeffrey Trautner, Jennifer... View Obituary & Service Information

The family of Gerald "Jerry" Bernard Trautner created this Life Tributes page to make it easy to share your memories.

Send flowers to the Trautner family.