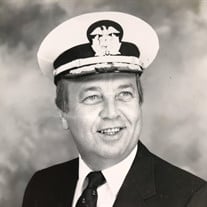 Captain Gordon Albert “Pete” Jimerson, 82, on February 27, 2021. Born May 13, 1938 in Sodus Point, NY, Pete was a 1955 graduate of Sodus High School. In 1959, he began a career sailing the Great Lakes with Boland & Cornelius, presently the American Steamship Company. Over the course of 41 years, Pete rose through the ranks from deckhand to become one of the most experienced and respected captains on the Great Lakes. He set numerous tonnage records and had a knack for docking thousand-foot freighters in ports so small that no one thought it was possible. His training and expertise took him to France, the UK, and mainland China. He was a past president of the International Shipmasters Association. He loved his family and travel, was a voracious reader of nonfiction, and loved movies. He was beloved by many friends in many places, and lived at times in New York, Ohio, and Florida. He last resided in Largo, FL, near his daughters. He is survived by four children, Eric, David, Bethany, and Amanda, and six grandchildren, Greg, Nick, Sarah, Adrien, Bailey, and Sam. He is also survived by brothers and sisters Helen, Anne, Bill, and Donald, and many nieces and nephews.

The family of Gordon Jimerson created this Life Tributes page to make it easy to share your memories.

Send flowers to the Jimerson family.