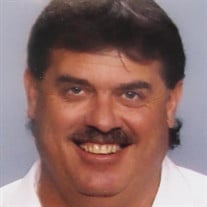 Greg Miller, 67, passed away August 23, 2021 at Sun Coast Hospice Care Center in Pinellas Park FL. He was born June 17, 1954 in Wabash Indiana, the second of four children of Richard and Sue (McLain) Miller. He grew up in Wabash and Defiance Ohio until the family moved to Prescott, Arizona in 1967. Greg graduated from Prescott High School in 1972. He worked at US Motors and completed his business degree from Northern Arizona University in 1981. He then began his very successful career path with Intel where he worked for 14 years in supply chain management. He would go on to spend 16 years with Jabil as semi-conductor Director, two years at Eaton as VP of Materials Management, two years at Rolls Royce as Head of Global Sourcing and finished his career at BFG Systems as an Executive Consultant. During this time he also attended Harvard Business School completing a program in Executive Leadership. Greg travelled extensively to many parts of the world but mainly in Asia where many of his companies had business operations. His understanding of international matters was extensive. Greg was a sports enthusiast and loved to play golf. He especially followed the Tampa Bay Rays, the Tampa Bay Lightening and the Tampa Bay Buccaneers and attended their games often. He was also an avid reader and knowledgeable about a myriad of subjects. He had a great sense of humor and could always be counted on to come up with the best one-liners. He was always willing to help family and friends when needed. His life was so full of amazing experiences, and his stories about those experiences were priceless and many times hilarious. He will be missed by so many people but his stories will live on to put a smile on the faces of the people he cared about. Greg was predeceased by his father, Richard Miller. Surviving are his daughter, Gina Miller, of Tarpon Springs, Florida, his mother Sue Miller of Devine, Texas, his brother Jeff Miller and his wife Sharie of Devine, Texas, his sister Shelley Sturdevant and her husband Scott of Thornton, Colorado and his sister Leann Henson of Clearwater, Florida, in addition to many nieces and nephews.

Greg Miller, 67, passed away August 23, 2021 at Sun Coast Hospice Care Center in Pinellas Park FL. He was born June 17, 1954 in Wabash Indiana, the second of four children of Richard and Sue (McLain) Miller. He grew up in Wabash and Defiance... View Obituary & Service Information

The family of Gregory David Miller created this Life Tributes page to make it easy to share your memories.

Send flowers to the Miller family.