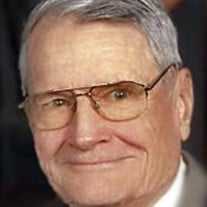 James SC McIntosh – Obituary James SC McIntosh Nov. 22, 1929 – Jan. 22, 2022 James SC McIntosh passed away peacefully at the age of 92. He is survived by his loving wife of 62 years, Roberta McIntosh, and their three sons Ronald McIntosh (wife Liz), Ian McIntosh (wife Anne and children Jake, Kaylie, Luke, and Reece), and Peter McIntosh (wife Audra and children Zoe and Cameron); Sister Marilyn Oneschuck (children Doug and Jim), and niece Pam Gallop. Preceded in death by his mother Glenna Marie McIntosh, his father Stuart Cameron McIntosh, his stepmother Hazel McIntosh, and his sister Kathryn Gallop. Jim was born, raised, and educated in CANADA. He graduated from the University of Western Ontario, moved to the United States in 1957, and became a US citizen in 1963. He was a loving husband and father, an active church member, a private pilot, an outdoorsman, a poet, and an artist. His working career was in both corporate and governmental accounting fields. A Candle in the Darkness Written by James SC McIntosh Each life is like a candle in the darkness of the night; Spreading its glow around before burning out its light. A constant fluttering brightness influencing one another; Enlightening hearts and minds, sending messages to each other. They foster delicate sensitivity with insight in the making; Shaping one’s understanding and life experiences for the taking. Taken from the second of his two self-published books titled Insights, Sensitivity, and Understanding (more poems by James S.C. McIntosh)

The family of James SC McIntosh created this Life Tributes page to make it easy to share your memories.

Send flowers to the McIntosh family.