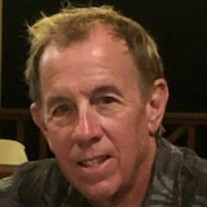 Jerry Lee Kidwell was called home on the 10th of December, 2021. He was born in Chattanooga, Tennessee on August 25, 1952 to Jesse Lee Kidwell and Jane (O’Connell) Kidwell. From Chattanooga, Jerry and his family moved to Knoxville, TN, Conway, SC, Myrtle Beach, SC, and finally settled in Clearwater, FL in 1962. Jerry attended Skycrest Elementary, Oak Grove Middle, and Clearwater High schools. After graduating he went on to St. Petersburg Junior College and then graduated from the University of West Florida in Pensacola. He returned to Clearwater and his construction career working for George Hunt Construction where he started at 16 years old. He went on to work with Clark Hunt Construction and Ron Lacey at B.A.S.I.C. and Certified Site as a Superintendent overseeing all construction. If he wasn’t at work, he was most likely watching, playing, or coaching a sport or sporting event. If it was not a Saturday during college football season, you could find him and his yellow boat on the white sands of Three Rooker Island on the weekends. He loved and was loved by his son, daughter-in-law, grandson, family, and friends. He taught us respect and integrity, and left us with common sense and life skills we can apply daily. He is predeceased by his mother and father and survived by his son, Kevin Lee Kidwell; daughter-in-law, Taylor and grandson, Krew Lee Kidwell; sister, Mary Alice Conant (Larry); sister Catherine Joiner (Jim); nephews Jess Joiner (Kasey) and Jared Herman; nieces Emily Joiner and Rachael Herman; and great-nieces Jade and June Joiner; and many friends. A visitation will be held at Moss Feaster Funeral Home in Clearwater on Friday, December 17th, from 5:00-6:00 PM with a Celebration of Life to follow at 6:00PM. Immediately after the service, there will be a gathering of friends and reception to continue celebrating Jerry's life. The service will be live streamed and you may use the information below to view: http://webcast.funeralvue.com/ Event ID: 65163 No password required

Jerry Lee Kidwell was called home on the 10th of December, 2021. He was born in Chattanooga, Tennessee on August 25, 1952 to Jesse Lee Kidwell and Jane (O&#8217;Connell) Kidwell. From Chattanooga, Jerry and his family moved to Knoxville, TN,... View Obituary & Service Information

The family of Jerry Lee Kidwell created this Life Tributes page to make it easy to share your memories.

Send flowers to the Kidwell family.