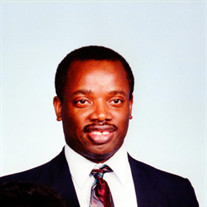 John Lee Hunter, Sr was born on August 30th 1959 in Litle Rock Arkansas. He was the youngest of eight siblings. John’s mother, whose name was Ada Ardella Williams, died shortly after his birth, so John was mothered by his loving Aunt Mrs. Pauline Williams Field. In 1971 John and his family moved to Fresno, California. There he attended school and got his high school diploma at Theodore Roosevelt High school in 1978. He earned a scholarship for the most improved High School senior. In 1982, he enrolled in California State University, Fresno and made the Dean’s honor roll for 4 semesters. He was voted the most inspira5onal varsity track team member. He dominated the two-mile watermelon run and took first place in all those events. He also earned a degree of Bachelor of Science in Business Administra5on & Accounting. After earning his accoun5ng degree, he took a job working for the state in San Lois Abispo. In June of 1987 while in San Lois, he met his soulmate Joyce who was living in Florida at the 5me. That December John visited Joyce in Florida and they 5ed the knot. At that point John moved from California to Florida to enjoy the warmth and sun-shiny weather, and to join his new wife to start their new journey of 33 years together. Soon after moving, John landed a job with the State of Florida as a Regional Program Specialist of Child Nutri5on, where he worked diligently for many years and was later named Senior Professional Accountant by the Office of the Inspector General. After his long day at work, he would turn his full attention to his family. You see, John was quite the family man. Cleaning the house, washing the dishes, doing laundry, giving the kids a bath were tasks that were never out of his league. His wife Joyce always felt she had a shoulder to lean on. John never forgot his extended family. Every two years when there was a family reunion, John would drive or fly his family to various States, as he really looked forward to reuniting with his mother, brothers and sisters, nieces, nephews & numerous cousins. From all accounts, John was his mother’s right-hand person. He was always there to help her out with any difficult or demanding situations.. John was undeniably a unique person. Those who knew him described him as a quiet man of few words. He was strong in his beliefs, law abiding, a person with integrity, who treated everyone as he liked to be treated. He was a God-fearing man, who knew the Lord as his redeemer and King. He and his family attended Countryside Christian Center and he was a member for 31 years. He never faltered in his endeavor to be in the house of the Lord whenever the doors were open on Sunday mornings. John is survived by his loving wife Joyce, son John Jr., daughters Lorna and Joylene. Three grandchildren, Joea, Jahzaiah, and Jahkari, sisters MaFe Aus5n Teal (Memphis, Tennessee), Emma Aus5n Morman & Alonzo (Roosville, Tennessee), brothers Eugene Hunter & Anna, and Tommie Lee Aus5n (West Memphis) many nieces, nephews, and cousins. A Repast will follow Saturday September 25th after graveside at The Jerk Center, 405 S. Pinellas Avenue, Tarpon Springs, Fl., 34689. The phone number is (727) 940-5343.

John Lee Hunter, Sr was born on August 30th 1959 in Litle Rock Arkansas. He was the youngest of eight siblings. John&#8217;s mother, whose name was Ada Ardella Williams, died shortly after his birth, so John was mothered by his loving Aunt Mrs.... View Obituary & Service Information

The family of John Lee Hunter Sr. created this Life Tributes page to make it easy to share your memories.

Send flowers to the Hunter family.