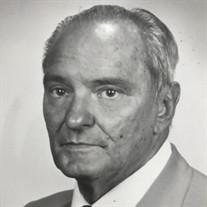 Dr. Jose A. Mijares, MD. Passed away on Tuesday, December 14, 2021 in Clearwater, Florida. Born in Santa Clara, Cuba, September 16, 1920. He was preceded in death by his wife Adolfina (Nena) He is survived by daughters Ada M. Gregg (Bill) and Margarita Almorza (Jose Ramon, deceased). When the family came to Tampa from Cuba they brought Nena’s mother Elvira Gaston, her sister, Gloria Garcia and her sister’s two daughters, Ileana Palacio and Gloria Couso and Nena’s aunt, Leonor (Tata) Valdes. When Gloria Garcia passed, September 9, 1968, daughters Gloria Couso and Ileana Palacio became even more like two additional daughters of Jose’ and Nena. He was also survived by two grandsons, Ignacio Almorza and Jose Almorza and step-grandson, Kelly Trevor Gregg. Jose passed away shortly after his Grandfather, on December 19, 2021. Gloria C. Battafarano (Frank) have three children, Christopher (Christina), Michele Smith (Justin) and Angela Marshall (Ryan) Those grandchildren have a total of eight great grandchildren. Ileana Raymond (Dale) have two children, Grady Lester and Gloria Roberts (Bryan). Dr. Mijares obtained a degree in Doctorate of Medicine at the University of Habana, in 1943. He served in the Cuban Navy for 15 years, including assisting the U.S. Navy during World War II. His service included service as a Naval Attache in the Cuban Embassy, Washington D.C. He brought his family to Tampa, Florida upon the Communist overthrow in !959, where he became a resident in 1960 and a Citizen in 1965. After leaving Cuba, he resumed the practice of medicine in Tampa, where he was certified by the American board of surgery, in general surgery and was a member of the Florida Association of General Surgeons, American College of Surgeons, International College of Surgeons and the Cuban College of Surgeons. He published several medical articles in his surgical fields and designed a surgical clamp which was manufactured by Storz Instruments and bears his name. Dr. Mijares was a founder of Town and Country Hospital in 1970. Dr. Mijares was an avid researcher and a published author. His first book was “A Plan for the Complete Reconstruction of Cuba” (1993) and in retirement, “The French Revolution” volume I and II. He also published essays, including a plan to eradicate illegal drug use in the United State and a plan for the Jewish people of Israel to live in peace with their neighbors. Dr. Mijares lived and practiced medicine in Tampa and retired at age 76. His life and career were dedicated to his family, his patients and community. His retirement was filled with love and family, including the last twelve years where he was looked after by grandson Ignacio, permitting him to live in his own condominium on Bayshore Avenue, right up until his final days. A joint Mass will be held at St. Lawrence Catholic Church, 5225 N. Himes Ave.,Tampa, on January 21st, 2022, at 10:30 AM for Dr. Mjjares and his grandson, Jose Almorza.

Dr. Jose A. Mijares, MD. Passed away on Tuesday, December 14, 2021 in Clearwater, Florida. Born in Santa Clara, Cuba, September 16, 1920. He was preceded in death by his wife Adolfina (Nena) He is survived by daughters Ada M. Gregg (Bill) and... View Obituary & Service Information

The family of Jose A Mijares MD created this Life Tributes page to make it easy to share your memories.