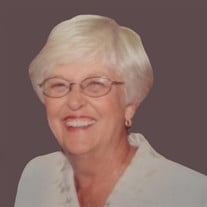 Martha “Moe” Graham DeGood died peacefully on Monday, January 31, 2022, after a long battle with cancer. She was born September 21, 1943, in Marysville, Ohio, to the late Robert and Marion Graham and was the oldest of two children.. Moe was a 1961 graduate of Marysville High School, where she was an honor student and basketball player. As a Girl’s State Alternative, Moe traveled to New York City and by chance met Mary Rockefeller at a pizza party for the delegates of the new state of Hawaii. They remained friends over the years, and she was proud to show off the many cards from her. Moe attended The Ohio State University, where she studied Sociology and played for the women’s basketball team. After college, she remained a devoted fan to her beloved Buckeyes. Her love of travel drew her to the airlines, where she was a flight attendant until a car crash cut her flying career short. Moe was especially proud to be a mentor in the GOALS Program at Countryside High School, where she impacted many young lives until she retired. Moe enjoyed socializing with her many friends, traveling, antiquing, and collecting Hadley Pottery. She loved being around others whether it was her children’s athletics, school events, or church gatherings. She was affectionately known as “Ms. Moe” to many people in the community. Moe loved being on the water, whether it was the beach or the lake. You could often find her staring off into the water lost in her thoughts. Moe will be sadly missed by her husband, Thomas James Fromm; children: David DeGood, Susan (Joseph) Hahn, Andrew DeGood, John (Cassie) DeGood; stepchildren: Tim (Liz) Fromm and Michelle (Mark) Kleppin; brother, Robert (Judith) Graham; grandchildren: Kathryn Hodge, Colby Hodge, Caleb DeGood, Quinn DeGood, Sadie DeGood, Amber Fromm, Ashley Fromm, Allie Fromm, and Decker Kleppin. She was preceded in death by her stepson, Thomas John Fromm. In lieu of flowers, memorial donations may be made to the Florida Cancer Specialists Foundation at: https://fcsf.org or to St. Jude’s Hospital at: www.stjude.org\give.html.

Martha &#8220;Moe&#8221; Graham DeGood died peacefully on Monday, January 31, 2022, after a long battle with cancer. She was born September 21, 1943, in Marysville, Ohio, to the late Robert and Marion Graham and was the oldest of two children..... View Obituary & Service Information

The family of Martha "Moe" Graham DeGood created this Life Tributes page to make it easy to share your memories.

Send flowers to the DeGood family.