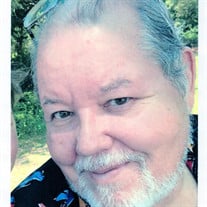 Richard L Brown, a devoted husband and loving father and grandfather, passed away at the age of 60 in Dunedin, FL on Friday August 13th, 2021. Richard was born on September 15th 1960 to Charles Brown and Lilliette Brown in Stamford, CT. He enjoyed his family, weekend adventures with his wife, woodworking, tv shows, music, and football (J-E-T-S Jets Jets Jets!). Throughout Richard’s life, he was first and foremost a proud family man and reveled in the time he spent with his ever growing family. His marriage was a one of a kind connection. His wife, Janet, was his best friend and one true love. Together, they created a beautiful life that was full of kids, experiences, unconditional love, and continual laughter. Where one was, the other was likely there as well, as they did just about everything together. Richard was the perfect example of what a father should be for his family. All his family and close friends know of his warm laugh and his hugs that could make anybody feel safe. He had an incredibly comforting voice, whether it be singing or speaking. He would take the time to sing his children and grandchildren to sleep and sing along in the car to all of his favorite songs. He had an unrelenting sense of humor that easily produced a smile on those around him. Whenever one of his kids was upset, he would do his signature finger point. He didn’t have to say anything with it, but he would, in less than a few minutes, have them smiling and laughing. Richard was never reserved when it came to showing how much of a loving and caring husband and father he was to his family all around. He had a way of making everybody feel important and useful. He enveloped his family with his tender heart and will forever be deeply loved by them. Richard’s work ethic was incomparable, and he excelled in any path his life took him. His talent with woodworking always showed through his work and also his own carpentry projects. This appreciation for the craft was also passed onto his children, as he would always explain his process as they watched on. He could always take any situation and make the best of it. Anybody who had the pleasure of meeting him knows how much of a gravitational force he was to interact with. Conversation was one of his fortes, and it was easy to listen to him speak on any topic. No matter what the subject, he could always insert a unique perspective or an interesting tidbit of information. Richard is survived and forever adored by his loving wife of 32 years, Janet, his children, Jennifer Fox, Matthew, Nicholas and his wife Kara Williams, Katherine Garcia and her husband Nathan Garcia, Elizabeth and his 6 grandchildren. He is also survived by his mother, Lilliette, his brothers, Charles and his wife Karen, Dennis and his wife Sherri, and Martin and his wife Lucia, and many nephews and nieces.

Richard L Brown, a devoted husband and loving father and grandfather, passed away at the age of 60 in Dunedin, FL on Friday August 13th, 2021. Richard was born on September 15th 1960 to Charles Brown and Lilliette Brown in Stamford, CT. He... View Obituary & Service Information

The family of Richard L. Brown created this Life Tributes page to make it easy to share your memories.

Send flowers to the Brown family.