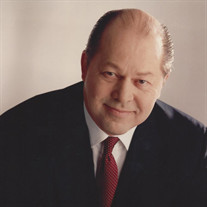 Richard “Dick” L. Palke, age 75, of Tarpon Springs passed away on Tuesday, December 7, 2021. Dick was born on December 3, 1946 in Omaha, NE to George and Violet Palke. He and his family later relocated to Minnesota where Dick played linebacker on the Richfield High School football team, winning the state championship in 1963. After high school, he attended the United States Military Academy where he played rugby and graduated in 1968. Upon return to civilian life, Dick pursued his MBA and engaged in a successful career in sales which took him all over the world. After his retirement, Dick chose to continue his education and obtained a Master of Arts from Trinity College of the Bible and Theological Seminary in December of 2017. Dick is remembered by those who knew him as a tough and imposing figure who was always willing to help and mentor those who needed it; whether that involved mission trips to Africa and Central America, speaking at his Bible study group, assisting others with school and work projects, or just opening his home and a nice bottle of Scotch. As lover of history and world travel, one was never too far from a great and memorable conversation when speaking with him. Dick also loved to cook, and often showed his love for others through the preparation of amazing meals. Dick is survived by his wife, Regina; his two sons, John and Mark; his brother, George; his stepson, Dominick; and his granddaughter, Grace. A celebration of Dick’s life will be held at a later, yet to be determined date and location in January of 2022. His ashes will be interred at West Point. The family asks that, in lieu of flowers, donations be made to Dick’s preferred charity, One Community Now, Inc., at OneCommunityNow.com.

The family of Richard L. Palke created this Life Tributes page to make it easy to share your memories.

Send flowers to the Palke family.