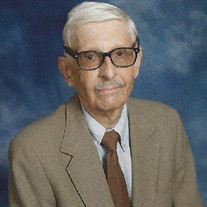 Robert Zern Heberling, 84, of Largo, passed peacefully on January 29th, 2022. He was born January 19th, 1938 in Allentown, Pennsylvania. He came to Clearwater, FL from Bangor, PA in 1951. He attended/ graduated Admiral Farragut Academy, St. Petersburg, from 1955-1957. He was a veteran of both the U.S. Army and Air Force. His service included tours in Germany, Viet Nam, Hawaii, Turkey, Iceland, and Japan. He was part of the force sent to Southern FL during the Cuban Missile Crisis. He retired from the Air Force in 1979 after 20 years and became a resident of Largo. He had a love for genealogy, photography, and history. He was a member of Largo-Seminole Community Chorus. He is currently a member of the Keene Terrace Baptist Church, Largo. Left to cherish his memory are his sisters, Nancy Parrish, Tampa and Jean Bryson, Pickens, SC. Other survivors include a step-sister, Sandee Woolley (Jack) and (2) nieces, Susan Speckert(Chris), Lexington, KY and Catherine Gay (Michael), Portland, OR and (3) great nieces, Grace, Bryce & Emma Gay. Also, cousins Ken and Doug Creed. A visitation will be held at Moss Feaster Funeral Home, 693 S. Belcher Rd. Clearwater, Florida on Friday, February 11th from 2PM-4PM. A funeral service will be held at Keene Terrace Baptist Church, Largo, Florida, on Saturday, February 12th at 2PM, with a brief visitation from 1PM-2PM.

The family of Robert Zern Heberling created this Life Tributes page to make it easy to share your memories.

Send flowers to the Heberling family.