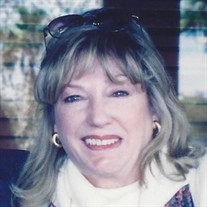 Susan Haney Bowles was born in Trinidad, CO, on June 16th, 1939, and grew up in Walsenburg, CO, with her Mother Freda and Father Donald David Haney (Don) and two younger brothers Donald David Haney II (David) and Fritz Haney. Her Father was a merchant and past Mayor of Walsenburg. Sue was a lifeguard and worked at the Walsenburg swimming pool. Following her high school graduation Sue attended a music school for three years before deciding to pursue a career as a flight attendant with Trans World Airlines (TWA). She started her career with TWA in Kansas City. Sue flew with and retired from TWA after 29 years of service. She flew internationally on routes to Europe and the Middle East as well as domestic flights. During her career she lived in New York City, Kansas City, San Francisco, and retired from the airlines in Clearwater, FL. Sue loved to travel and had visited many countries and states both while working for TWA and with her husband Warren after she retired. Sue had visited Egypt and loved the culture, history, and people and also spoke of her trips to Israel, Mexico, and the Dominican Republic. Sue loved her state of Colorado often visiting her favorite places in southern CO, La Veta, the Spanish Peaks area, Cuchara Valley, the Sangre de Cristo mountains, and the San Luis Valley from Sand Dunes National Monument down to Taos, NM. Sue and Warren met in 1991 and were together for 30 years living in Clearwater, FL. They enjoyed traveling and together rounded Cape Horn, explored Alaska, the South Seas of the Pacific all the way to Hawaii, the Central American rainforest in Costa Rica and parts of the Panama Canal, and South Africa where Warren introduced her to his family. Sue developed a love for sports and along with Warren watched most if not all of the games and cheered for their local sports teams. She loved the Tampa Bay Buccaneers, Lightning, and Rays and was very proud of her teams and so excited for the successes over the last few years. Susan was active in several organizations and participated in many charity events and causes. She enjoyed the arts, theatre, classical orchestra and supported expanding those experiences to young people. Sue was a long time member and Past President of National Society of Arts and Letters (NSAL) Clearwater/Tampa Bay Chapter. She also served in other positions within the organization. The NSAL Clearwater/Tampa Bay Chapter was comprised of volunteers who support the aspirations of local emerging talent in the performing, visual, and literary arts. Each year, NSAL raised funding to provide a variety of opportunities for students to apply for scholarships and competitions at both the local and national level. In addition, the chapter partnered with several local universities to award annual scholarships to deserving students in various artistic disciplines. Sue was also a member of the Leading Ladies of Ruth Eckerd Hall. The Leading Ladies were community ambassadors for the arts education program of The Marcia P. Hoffman School of the Arts and supported the philosophy of education for life through the arts. Organized in 1981, the Leading Ladies raised nearly $2 million for Ruth Eckerd Hall. The Leading Ladies endeavored to provide the finest educational experience in theatre, music, and dance to the children and adults of the Tampa Bay region. Sue belonged to the Territorial Daughters of Colorado and along with her beloved Aunt Amelia celebrated their families pioneering history. Territorial Daughters of Colorado was established in 1910 to preserve and perpetuate the pioneer history of the State of Colorado. All members trace their ancestry to pioneers that resided in Colorado before August 1, 1876 when Colorado became the Centennial state. Susan loved music especially classical music and the Florida Orchestra. She attended many national and international symphonies and orchestras. She supported the local orchestra after moving to Clearwater and went to many Florida Orchestra shows at Ruth Eckerd Hall and other events around Tampa Bay. She often took friends and family to experience her love for orchestral music. Susan Bowles passed away peacefully on July 27th in Clearwater, Florida. She is predeceased by her parents Donald and Freda (Sporleder) Haney; aunt, Amelia Sporleder; siblings, Donald David Haney II, and Fritz Haney. Survivors include her husband of 30 years, Warren, and family; son Graeme (Amy); daughter, Colleen (Shane); grandson, Gavin; granddaughter, Aerielle (Elmore); and great granddaughter Eleanor; and her brother David’s family, nephew Dave (Michelle), their children Jake and Gavin; niece Harmony (Raul), their children Jackson and Spencer; nephew Kellen (Yvonne), their children Justice, Addie, and Oliver; and niece Mariah (Patrick). A celebration of life is planned for Saturday August 14th from 11 am to 12 pm at Heritage United Method Church, fellowship hall at 2680 Landmark Dr. Clearwater Fl. 33761. 727-796-1329

The family of Susan H. Bowles created this Life Tributes page to make it easy to share your memories.

Send flowers to the Bowles family.