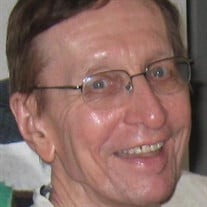 James “Coach K” Benedict Karpowich, son of the late Benedict and Mary Karpowich (Zecker) of Worcester, Ma. He passed on August 12, 2021 after contracting breakthrough Covid, which exacerbated his underlying frailties. A Worcester, Ma. native and South High basketball and track athlete who graduated from Worcester Junior, Northwest Missouri State University, Maryville, and University of Arkansas, Fayetteville. He played, taught, coached, ran intramurals programs, and refereed in all those areas, along with Florida, the Philippines, Mexico, and Guam. A true sportsman has come down to his last seconds in the game. And he was indeed a diehard sports fan: of the New England Patriots, Red Sox, Celtics, and Bruins, and his alma mater teams, the Bearcats and the Razorbacks. He served in the U. S. Army during the Vietnam War. Survivors include his wife Patricia Karpowich (Illiscavitch) and son Matthew Karpowich, along with a brother and 2 sisters, their families, and various cousins. He leaves behind many individuals he met and mentored through his years teaching, coaching baseball, basketball, intramurals, as well as refereeing basketball & football and caddying on PGA golf summer pro tours. During his 27 years in sports and education, he helped develop the talents of young players – both those who would only play for a short time, and those who would go on to become professionals. Special thanks to all of you that worked on his behalf, Walton Place, Advent Hospital, Suncoast Hospice North Pinellas, VA, DAV, Katie Levinson Compassionate Care Connection. You helped us through a muddled process in a time of worldwide pandemic.

The family of James B. Karpowich created this Life Tributes page to make it easy to share your memories.

Send flowers to the Karpowich family.