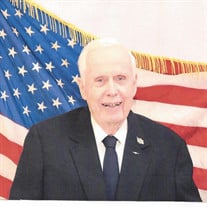 Larry Frederick Grindrod was born on June 30, 1940 in Carlisle, PA. to parents George and Pauline Egolf Grindrod. Ever since he saw his first airplane at the age of 2 he knew he wanted to be flying high into the skies. Larry and his family moved to Florida where he graduated with the first class of Northeast High School in St. Petersburg. Following High School, Larry joined the Air Force and then went on to join the Civil Air Patrol where he attained the rank of Colonel. During his time with the Civil Air Patrol he was the commander of the Alaska unit for many years. Larry held many FAA certifications in all types of aircraft, from single engine to large cargo aircraft. In between his life long love of flight he completed his BA in Business from Auburn University. Larry was part of many clubs, groups and society's including, The Coastal Soaring Society, The Quiet Birdman Society and the Ham Radio society where his call sign was K4LFG. He was also a member of the Northside Masonic Lodge and Pensacola lodge #42 where he obtained the rank of 32* Scottish Right member. When he was not flying he was an avid reader who also enjoyed golf and watching baseball, especially his beloved Atlanta Braves. Larry passed away peacefully on March, 4 2021. He is predeceased by his parents , George Grindrod and Russ and Pauline Egolf Owen and his brother James Grindrod. He is survived by his wife of 56 years, Mary Grindrod; daughter, Tara Schneider; grandchildren Aaron and Mindel Schneider of Brooklyn, NY; niece, Donna Junkins (Mark) and their children. Larry and his family made many friends throughout the United States. He will be missed by all who had the chance to know him. The family asks in lieu of flowers to please make donations to the American Heart Association. High Flight. Oh! I have slipped the surly bonds of Earth And danced the skies on laughter-silvered wings; Sunward I've climbed, and joined the tumbling mirth of sun-split clouds,-and done a hundred things You have not dreamed of-wheeled and soared and swung High in the sunlit silence. Hov'ring there, I've chased the shouting wind along, and flung My eager craft through footless halls of air.... Up, up the long, delirious, burning blue I've topped the wind-swept heights with easy grace Where never lark nor ever eagle flew- And, while with silent lifting mind I've trod The high untrespassed sanctity of space, Put out my hand, and touched the face of God

Larry Frederick Grindrod was born on June 30, 1940 in Carlisle, PA. to parents George and Pauline Egolf Grindrod. Ever since he saw his first airplane at the age of 2 he knew he wanted to be flying high into the skies. Larry and his family moved... View Obituary & Service Information

The family of Larry Frederick Grindrod created this Life Tributes page to make it easy to share your memories.

Send flowers to the Grindrod family.