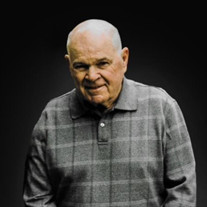 Thomas (Tom) Keith Sewell was born on August 6, 1946 in Grasonville, Maryland. Son of Calvin Coolidge Sewell and Virginia Lorraine Sewell. He passed away peacefully with his family at his side on April 19, 2022. Thomas was preceded in death by his parents. He is survived by his high school sweetheart and wife of 53 years Lois, daughters Pamela (Gustavo) Morales and Kimberly Sewell, brothers John (Tracy) Sewell, Steve (Winky) Sewell, James (Mindy) Sewell, David (Mary) Sewell and sister Pat (David) Lewis. In December of 1965, the direction of his life changed when he received a late Christmas present from “Uncle Sam” in the form of a draft notice. He went from a small town where everyone knew everyone to being a proud member of the US Army. Starting off in the enlisted ranks, he quickly went to Officer Candidate School and moved up the ranks to eventually end his career as a Colonel. He proudly served his Country for 30 years. Even though he earned many medals and awards, he didn’t flaunt them. To him the Army was his job and he did the best job he could to protect our Country. Tom was a soldier’s soldier. He served with many units but the one that gave him the most pride was being part of the 101st Airborne Division. The “Screaming Eagles” as they are affectionately known changed that small country boy into the man that he was. Tom dedicated his life to the military and to his family. He continued supporting the troops of today throughout the rest of his life. His hobbies included walking, shopping, traveling with his wife and daughters and working in the yard. He always said working in the yard was relaxing, while the rest of us truly thought he was crazy. The family would like to extend a tremendous Thank You to Accent Care Hospice and Private Caregivers. Without their assistance, Tom would not have been able to pass away peacefully at home with his family at his bedside. His final service will be held at Florida National Cemetery in Bushnell, May 13th, 11:30 AM. In lieu of flowers, donations may be made to: Screaming Eagle Foundation, 101st Airborne Division Association P.O. Box 929 Fort Campbell, KY 42223 or call 931-431-0199

Thomas (Tom) Keith Sewell was born on August 6, 1946 in Grasonville, Maryland. Son of Calvin Coolidge Sewell and Virginia Lorraine Sewell. He passed away peacefully with his family at his side on April 19, 2022. Thomas was preceded in death... View Obituary & Service Information

The family of Thomas Keith Sewell created this Life Tributes page to make it easy to share your memories.

Send flowers to the Sewell family.